"I cannot say enough about the PR work that Maccabee did for Hazelden. There's nothing about Maccabee I don't like - the agency's work is professional, comprehensive and successful. And Maccabee’s team does it with infectious enthusiasm. Am I biased? Of course, but I can't help it. Blame it on Maccabee."
-William C. Moyers,
Hazelden, VP External Relations

How could addiction treatment center Hazelden spark a dialogue about drug use and recovery among every age group of the American public, Millennials, Gen X-ers, Baby Boomers and the Greatest Generation?

By having Maccabee create “Four Generations Overcoming Addiction,” a national health advocacy campaign that combined media relations, event marketing, social media, blogger outreach and video content. The campaign began with a survey which discovered that nearly half of parents admitted to using drugs to get high when they were teenagers. What’s more, one out of every four teenagers had seen their parents drunk or high — yet more than 90% of teens still viewed their parents as role models on issues of alcohol and other drugs.

To provide guidance on how parents and grandparents should realistically talk about their use of drugs, Hazelden launched a “Four Generations” microsite featuring podcasts and online videos, a new “Recovery Resources” blog, and a social network campaign involving a Facebook page, Twitter feed and YouTube channel containing video interviews with Hazelden’s CEO and actor Christopher Kennedy Lawford. To build grassroots conversations, Hazelden sponsored a local play celebrating the founding of Alcoholics Anonymous and forged partnerships with public libraries in local markets closest to Hazelden’s facilities. From the video of author Christopher Kennedy Lawford to other online, social and media content, the content marketing campaign steered potential clients down the sales funnel.

The “Four Generations” campaign debuted with a live broadcast featuring Hazelden alumni on ABC-TV’s “Good Morning America,” which inspired phone calls to Hazelden’s toll-free number from families wishing to refer their loved ones into treatment immediately. A Sunday Parade magazine feature interview with spokesperson William Moyers was published in more than 300 major daily newspapers across the country from The Washington Post and Chicago Tribune to The Boston Globe, San Francisco Chronicle and Los Angeles Times.

Maccabee’s blogger outreach campaign spread Hazelden’s message online through mommy blogs such as MomLogic.com and The New York Times’ parenting blog, MotherLode. To reach grandparents, Maccabee earned mentions at sites like Grand: The Online Magazine for Grandparents, along with a national AARP Radio interview and a feature on the website, AARP.com

Hazelden’s campaign message connected with 60 million U.S. consumers in its first two and a half months. One of Hazelden’s competitors in the addiction treatment field even sent a congratulatory note about the campaign, promising to tweet about ‘Four Generations’ to its audiences! Ultimately, the Bulldog Awards for Excellence in Public Relations honored “Four Generations” as the “Best Health and Medicine PR Campaign in America.” 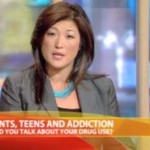 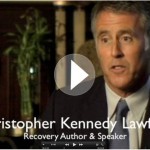 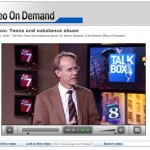 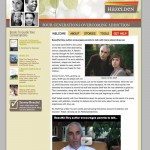 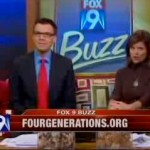 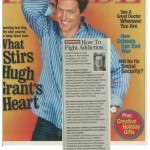 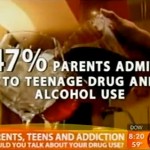 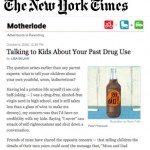 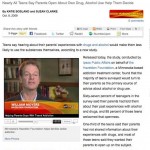 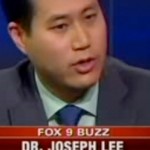