Maccabee had an exceptional team that brought with them experience, professionalism and talent. Maccabee’s team has been an integral part of one of our most successful restaurant openings.”
– Selma Oliveria,
COO, Fogo de Chao

Leveraging Fogo de Chao’s South American gaucho chefs, Maccabee turned the opening into a symbol of the urban renaissance of downtown Minneapolis that began with the opening of the new Guthrie Theatre nearby. PR strategies included in-studio cooking demonstrations and welcoming a Fox 9 TV reporter into the kitchen to serve as a gaucho-for-a-day. Results were exceptional — media coverage ranged from full-color spreads in Mpls/St. Paul, Minnesota Monthly and Meetings: Minnesota’s Hospitality Journal magazines and a full-color cover preview in the Minneapolis Downtown Journal to feature stories on three Twin Cities’ TV stations and an explosion of blog coverage.

“Delectable… the groaning high-end salad bar is already the best in town,” cheered Mpls/St. Paul, while City Pages raved “one of the best chain-restaurant wine lists I’ve ever seen… a salad bar so absurdly overfilled that it looks like one of those fruit stands in a Herbie the Love Bug movie… original, exciting and accomplished.”

The Minneapolis launch became one of the most successful in Fogo de Chao history. Despite an economic downturn that shuttered many downtown retailers, Fogo de Chao’s Minneapolis location was the single highest grossing restaurant during its opening year. 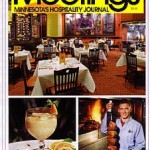 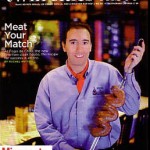 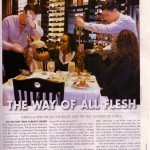 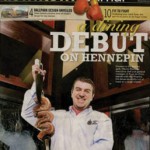 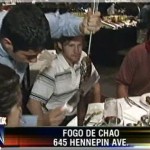 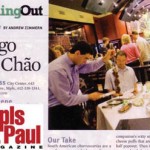