The goal was to encourage consumers to eat organic for just one day – Earth Day. Maccabee’s results for the Organic Trade Association, MusicMatters and Earth Day Network were astonishing: 35 million consumer impressions including a segment on TV’s “Good Morning America”, a syndicated Associated Press food story featuring organic recipes from celebrity chef Akasha, and a full-page spread in the supermarket trade magazine, Progressive Grocer. The Galaxy Awards called “Go Organic For Earth Day” the best Cause Marketing Campaign of the Year.

The value of PR was confirmed through pre- and post-campaign measurement. The National Marketing Institute found that awareness of organic foods rose from 65% to 75% nationwide and sales of organic food at participating retailers went up by an amazing 8% during the campaign. 60% of the consumers who said they saw the “Go Organic” campaign reported that they bought organic food because of it! Maccabee delivers measurable PR results, with a tasty return on investment. 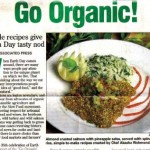 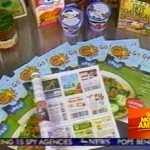 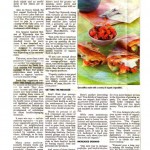 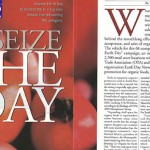 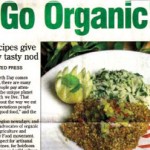